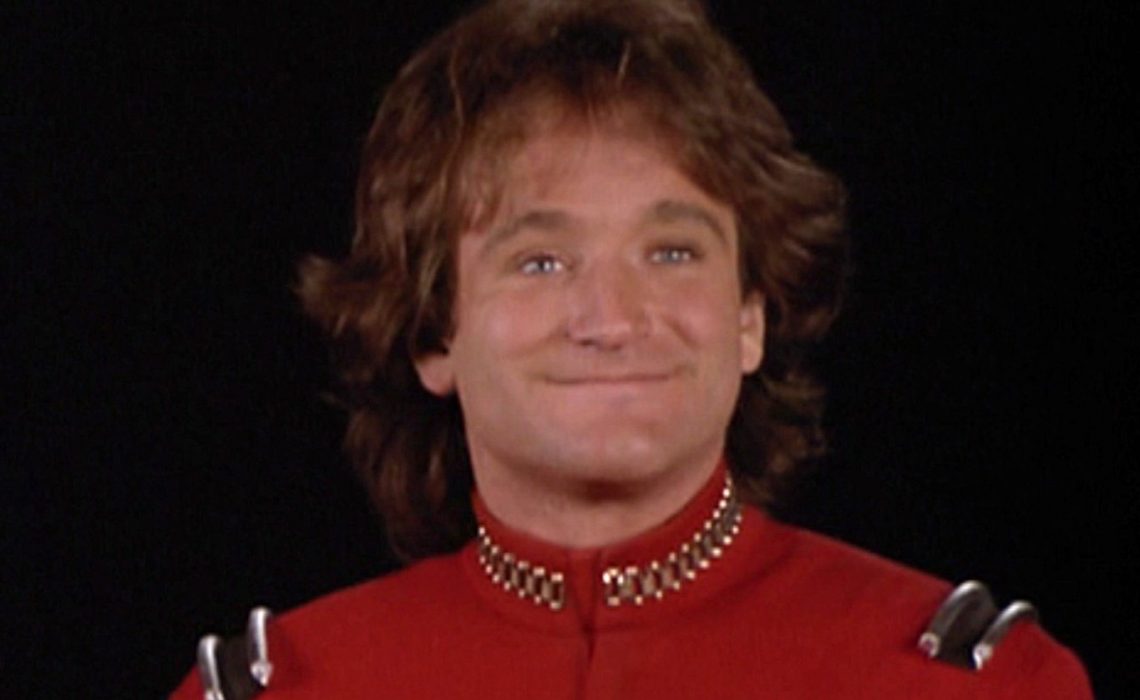 I was 7 years old, having just moved from New Jersey 2 years earlier, and I watched Happy Days religiously. I must have seen myself as a bit of a cross between the Fonz, and Richie Cunningham; with my New Jersey Italian background and my California liberal boy-scout upbringing… I guess I still do.

But when Mork (Robin Williams) appeared on the screen in this episode, things changed…

Here was a character that clearly didn’t fit in, an alien, who made his own rules, or botched the understanding of existing rules so badly that it was comedy. He cracked the mold, without shattering it. He let the light in.

I was also acting at that time, after school and summers, and my director was pretty much a cross between John Ritter (who played Jack Tripper on Three’s Company) and Robin Williams. His humor, energy and joy was infectious and he was very much like a second father to me, and the kids and other adults I hung out with and worked with in the theater were my second family.

Robin Williams quickly became one of my heros. Along with John Ritter, Steve Martin, Bill Murray. Here were smart, sensitive men, that would rather make you laugh than fight you, and who were quirky, wierd and often out of place. Yet they were successful in the world (or at least in the movies).

But Robin was in another class altogether. I met him on a photoshoot that was to promote the film “The Birdcage.” My job was hilariouslly simple; The photographer was shooting Robin through a window as he pressed his face against it and I had to wipe his face grease off the glass between takes. The entire time Robin was cracking jokes and making funny voices and poking fun at all of us & himself, and since this was a photoshoot (no audio) he was completely uncensored and unbrideled! I mean, he was cracking dirty jokes you wouldn’t have heard Eddie Murphy say on stage! He was very much like a faucet or an avalanche of humor. I think he had to work to NOT do it. It was an outrageously fun day.

Of course it is tragic to hear that he may have taken his own life. His death alone is a major loss; I would have loved to have seen an 80yr old Mr. Williams, still acting and telling dirty jokes. But the sucide compounds the sadness and confusion, as we try to understand why?

But the media and other pundits have got one thing wrong; they keep portraying him as a troubled genius, or an overly sensitive person and it’s no wonder that he decided to leave this world.

They posit that it’s because he was so special that he had to kill himself. I’ve seen this interpretation expressed over and over when a talented artist has committed suicide. Which is wrong.

There is enough hardship, difficulty, heartbreak, injustice and darkness in this world to make ANYONE go over the edge. You don’t have to be special or sensitive or talented or creative. We are all fragile, living in a world so full of contradiction, with death always lurking around the corner, the ultimate & inevitable escape route.

We are all, every human on this planet, special and unique, and deserving of love and a chance to express ourselves, however quirky or wierd or alien that looks like.

Rest in peace, Robin Williams. May all the wonderful roles you portrayed, and all the beautiful messages and outrageous humor you helped deliver, continue to beam down on this alien world we call home, and inspire us all to see that you don’t have to be special to be hurt or in pain, and that we all need friends and loved ones to turn to.

“Being loved is not inoculation from sadness, it is the opposite in fact; being loved and loving is the surest agreement that grief will be part of your experience. Feeling like you can’t share your grief and your wounds, feeling like you are ugly for feeling your feelings…that is a killer. That is the worst. ”
~ Rosalie Felice Tucker